Get me outta here!

Thousands of Shiite protesters in Bahrain demanded Wednesday that naturalized Sunnis be stripped of their citizenship and sent out of the Gulf country.

The latest demand comes after three weeks of marches for political change in the strategically important island kingdom. Bahrain is the host of the U.S. Navy’s 5th Fleet, the main American military counterweight to Iranian forces in the Persian Gulf.

Shiites of Bahrain have long demanded rights and opportunities equal to those of the kingdom’s Sunni citizens as well as Sunnis from Arab countries and Pakistan who have been naturalized in an effort to boost the minority’s numbers.

Thousands marched on the immigration office in the Bahraini capital of Manama, carrying slogans that said in Arabic “The naturalized must get out.”

Bahrain has been ruled by a Sunni monarchy for 200 years. Tensions remain high after a clash last week between Shiites and Sunnis injured at least a dozen people.

The ruling Al Khalifa family is strongly backed by Saudi Arabia and other Sunni regimes across the Gulf, which all share major concerns about the growing military and political ambitions of Shiite powerhouse Iran.

Bahrain and Iraq are the only two Arab countries where the Shiites form a majority. Many Sunnis perceive Shiites as Iran’s Arab allies, even though — unlike the Shiites of Iraq — Bahrain’s majority and Tehran have no history of strong political bonds.

More than being accused of being Tehran’s agents, Bahrain’s Shiites have been angered by the bestowing citizenship to outside Sunnis. They claim the policy is a clear attempt to offset the lopsided demographics with Shiites accounting for 70 percent of the country’s 525,000 citizens.

Many also claim that the immigration policy reflects a cynical view by Bahrain’s Sunni rulers that it’s possible to buy loyalty and use it to strengthen their grip over the country.

Islamophobia Will Grow around The World. Muslims Will Make Islam Worst, Cruel, Violent, Intolerant Religions Of The 21st century.Followers Of Islam will be unwelcomed around the world & Muslims will face Dislike and Discriminati

on in Every Nation in 2011.Saudi Arabia UAE Iran Kuwait Qatar Indonesia

Pakistan will Continue to Support Fund Islamic Terrorism Around The World aimed at the Revival of Islams Global Ascendancy & Eventual Domination but will meet with Great failure & destruction. Millions Of Muslims Will

Die around The World As punishment from Allah.Many Of the Young Muslims Will Abandon Islam In The Future due to its Distortion and misinterpretation.

Space Exploration and Tourism Will grow. India, China, Russia, USA will Reach  for the Planets & Space stations.For Science will make Rapid Strides with building of fast Rockets with great speed & landing on moon by 2025. & 2040 Four Nations will reach Moon for Scientific Research, Finding Minerals & human settlement.Fossil Fuels Will be Replaced with New Generation Fuels made from Atoms ,Hydrogen & Solar Energy in the future.Space Tourism Will Grow in Future.

America & China Will face More Natural Disasters like Tornadoes Hurricanes Typhoons Torrential Rains Snow Storms Floods Earthquakes leading to much destruction of lives & property.Barack Obama Ratings will fall in 2011 & American Economy will weaken. People Of America Will loose faith in Obama but he will be a good president America has seen. Influence Of America Will Decline In World

affairs.America will continue to sell weapons to Pakistan and thereby endangering world peace.American Wrong Policies will continue to promote terrorism & Islamic Extremism, Instability In The World, killing of its own Citizens & Soldiers throughout the world by Pakistan based terrorist groups.Unemployment will increase in USA in future.American government will make America the nation of hypocrites. India & America will Work together in future to make Great achievements in the field of science, Space and Economy. Any Country  of the world Who will Run Their Goverments on Guidance and Support From America And China Will Invite Chaos And Suffering.

China’s Hegemony Will Grow Around The World In International Affairs & Chinese Government Will Indulge in False Propaganda against countries and hoodwink its own public. China will be great threat to world peace and will provoke, Adopt Coercive policies,Threaten its neighbours & create misunderstanding among nations of The World.It will Clandestinely Sell Dangerous missiles and Nuke technology to many rogue nations to destabilize the world peace and being 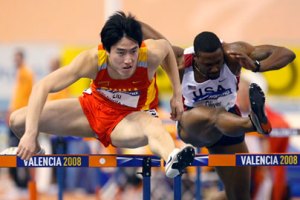 irresponsible nations.China will be a great threat to America, Japan, India and other smaller nations in 2011. China Will Never Be A Great Country In The Future but Great Economy. It will face more Disgrace,Unrest & Violent Uprisings in its country.It Will Continue To persecute Torture Execute its people and many religious and spiritual groups leaders in labor camps & secret prisons. Tibetan Buddhists, Muslim Uighurs, and underground Protestants and Catholics will be Arrested & killed. China will Also Secretly prepare to Attack India in Few Years & Fuel Insurgency supplying weapons and give Support, training to Terrorists.There will be great rise in Suicides, divorces in china.Chinese government and companies will Counterfeit Goods of major countries of the world and sell them under fake names & ;labels of countries.China will face floods , man made disasters & Extreme Temperatures fury and many people will be displaced & affected.China will also interfere in internal affairs of smaller countries.It will become most Deceitful, Disliked & Untrustworthy nations of the world.

India Will Be The Great Power by 2035 Spiritually Economically Militarily.Indian Economy Will Have Slowdown in 2011 With its GDP Growth Rea

ching 8.0% .Great Scientific Discoveries will be made by Indians Throughout the world. It will become one of the Richest Countries of The world. India’s Great Sanatana Dharma, Yoga, Spirituality, Popularity Will Soar Worldwide.Inflation & Interest Rates Will Continue to be High In 2011 in India & government of india will lie to its people bymanipulating Statistics.Stock Markets Will Touch New Heights But will Decline in middle of 2011.Gold and Silver prices will also Rise.Crime Will Soar In India 2011, Prostitution & Drug Peddling and Mafia will flourish under the goverment protection. Goverment of india will Lie to its own public.

European Countries will see their economy getting weaker with a slowdown in 2011 and public revolting against their own governments shameless and immoral government heads.Unemployment will increase in Europe. Famous Politicians loosing elections with humiliating defeats.Much of the World discovery’s , Inventions, Jobs Will Come from China and India.Western Countries will face much extreme weather conditions bringing life to standstill and economic loss.

ollywood Movies Will become More Popular Throughout The

World And actors will achieve world recognition. International Celebrity Aishwarya Rai Will Find It Difficult To Be a Mother And Conceive A Child.
Kareena Kapoor And Saif Ali Khan Will Not have Happy Married Life in The Future.

Shah Rukh Khan will Struggle in his Career as a Film Actor in Bollywood  in 2011 and suffer from illhealth and so will his family members.

Medical Science Will Make Rapid strides & there will be Breakthrough In Medicine in Times To come. Cures & Treatment For Some Types of Major Diseases & Cancers Will Be found By Man.
There will No Nuclear War In The Future nor There will be World war III in the future. Earth will gradually move towards peace after much Annihilation of Evil and humans.All Predictions and Doomsday prophecies for the destruction of life on Earth and End of the World  in 2012 will turn out to be false and untrue.Peaceful Use of Of Nuclear Energy Will Grow Around The World.More and more nuclear power will be used around the world. Any Country or organization using Nuclear Weapons for a Nuclear attack on any country will be punished  by god with self destruction and complete ruin.
Many Of the Top Al Qaeda & Taliban Terrorist Will get killed In Pakistan and Afghanistan. But Pakistan Military Will Continue to Train ,Fund More Terrorists In Training Camps Inside Pakistan to Spread Terror & Blackmail Around The World. Frustrated Pakistan Army & ISI will Secretly Continue to Support Dangerous Terrorist Groups like Lashkar- E- Toiba & Other Terrorist Organizations to Attack With Terrorist Bombings & subversive activities In India, Afghanistan and kill

Indians, Americans & Europeans in 2011.There will no Peace and security in the world till the Pakistani ISI & Pakistan Army are Restructured and Dismantled or are Destroyed. Pakistan Army And ISI Will Train More Islamic Terrorists & Pakistani Citizens & Muslims of Other Nations To Kill Americans Europeans British French Indians Germans Australians Chinese Afghans Israelis, Russians and blackmail their Governments.It Will Create Much  bloodshed in Afghanistan & instability by killing afghans.American Tax Payers Money will be looted and misused by Pakistan Army for Islamic Terrorism against Europe, Americans, Indians and the world and filling their Generals pockets.
Asia, Indonesia and Philippines will face more natural disasters, storms, Floods, Earthquakes leading to displacement & suffering of its citizens.
There will be Rise in Corruption throughout the world. People around the world will make violent demonstrations around the world against their goverments.

World Will See Three Great Economies in times to come Lead By India being first, China Second And America being third by 2035.

World Oil Prices & Commodity prices will rise but will get moderated in the middle of 2011.

Iran Politicians will take iran to misery and suffering.Iran will promote  Islamic terrorism in Afganistan & Iraq, supply weapons and explosives to jihadis  to kill Americans and Nato forces and promote instability in Afganistan.There will be more sanctions for iranian people & their life more difficult.

World Scientists will agree with findings of Indian Scriptures that there are other Species,Beings and Aliens in solar system, planets that require no  Atmosphere ,water and air like Humans to Exist.Discovery will come in times to come. Powers of human Mind Will Grow as it will be unveiled and will become stronger.