Get me outta here!

The biggest potential losers in the still-roiling revolutions of the Middle East and North Africa are the people themselves. Many are democrats at high risk of being overwhelmed over time by new dictators and organised religious extremists. But the uncontested winners are already quite clear: those who own, sell, and bet on oil. In the last month alone, oil prices have leaped almost 10 per cent, even with only tiny dips in supply.

While these revolutions have produced daily thunderclaps worldwide about a new democratic future for the Middle East, power structures remain largely intact. Almost every country in the region looks as if it’s marking time, waiting. So far, those who took to the streets succeeded only in ousting their unwanted masters — Hosni Mubarak in Egypt and Zine Al Abidine Ben Ali in Tunisia — and not in really changing the power status quo ante. In Yemen, the established leadership does look shaky. In Libya, where the media proclaimed the rebels as victors last week, it seems like a standoff with Col. Muammar Gaddafi.

In Tunisia, where it all began, the revolutionaries are awaiting elections. The once banned Islamist party Al Nahda has just been legalised. In Egypt, the protesters still find themselves in the strong grip of the military. Elections are set for September, and the military, as well as the Muslim Brotherhood, can be expected to top the parliamentary polls. In Bahrain, the huge Shia majority took to the squares  — only a causeway away from the Saudi Arabian oil jackpot. To date, the revolutions have generated far more drama and hope than real change.

The fighting in Libya has understandably monopolised attention, though its international importance is modest. Its normal output of oil sits at only one per cent of daily global consumption. But watch out: legions of neoconservatives are demanding military action against Gaddafi, though his Arab neighbours say, “stay out.”

Israel is the biggest strategic loser. The Jewish state has relied on Arab regimes to subdue the anti-Zionist sentiments of their peoples. And Israel can’t do anything to fix its plight. Times are not at all conducive for new talks with Palestinians. The United States is also a loser, but it need not be a big one. Washington’s power depends on whether the revolutions peter out or launch new anti-American rulers. Whatever happens, Washington will confront greater anti-Americanism. Counterterrorism operations and anti-Iran diplomacy will suffer.

Turkey will be a model for Arab nations lucky enough to democratise. Its foreign policy balances between the United States and the states of Islam and is also now somewhat anti-Israel. Internally, Turkey balances between an Islamic and a secular state. The country has internal stability and a promising economy.

Conventional wisdom holds that Iran has won the lottery. But don’t bet on it. Iranians are Shias and Persians; the revolutionaries are mostly Sunnis and Arabs. These groups don’t particularly care for one another. Most important, Arab revolutionaries must surely despise Iranian leaders who beat and slaughtered Iran’s freedom fighters a mere two years ago. It’s quite possible that the revolutionary fervour will tire amid economic shortages and other burdens, and fade. Or the revolutions could erupt once again, forcing profound recalculations of US policy. But two things are certain: the oil barons and traders will get richer, and most people worldwide will scramble against higher oil and food prices and declining economies.

On Dec. 21, 1988, Moammar Gaddafi killed Theodora Cohen. That’s one way of putting it. Cohen was one of 259 passengers and crew on Pan Am Flight 103. I remember her for obvious reasons and also because, to paraphrase the writer Erich Maria Remarque, the death of one woman is a tragedy, the death of millions is a statistic. Gaddafi has his statistics, but it is tragedy we are talking about today. There is much more to come.

Gaddafi’s agents also blew up the La Belle nightclubin what was then West Berlin. It was a hangout for American servicemen. Gaddafi supported other terrorist activities. He praised the killing of Israeli athletes at the 1972 Munich Olympics as well as theassassination of Anwar Sadat. He killed dissidents in Libya and sent agents to kill them overseas, too. If he wins the current civil war, he will kill his enemies. A bloodbath is coming.

How do I know? I don’t. I can only look at the past — at what Gaddafi has done — and conclude that he will do the same in the future. He can be stopped, though. When President Ronald Reagan retaliated for the La Belle attack by bombing Libya, Gaddafi got the message and quieted down. When Gaddafi saw that America went after Saddam Hussein’s (suspected) weapons of mass destruction, he rid himself of his own. He even paid reparations for the Pan Am 103 bombing. Moammar Gaddafi is a madman, but not mad.

In calling for the imposition of a no-fly zone over Libya, various American politicians and others have mixed their historical metaphors to make their point. They cite America’s refusal to stop the genocide in Rwanda and our tardy response to the slaughter of civilians in the Balkans. However, Libya is — or has been — different. This is a civil war of some kind — the people vs. the government. No genocide has been ordered and no genocide has yet been carried out. Libya is not Rwanda. Libya is not the Balkans.

But it could be. And to preclude that possibility it would be productive if the Obama administration got its marbles out of its mouth. Its pronouncements thus far have been all over the lot: Gaddafi must go . . . but not if he really doesn’t want to. In a Post interview, Ben Rhodes of the National Security Council propounded what the Wall Street Journal has rightly called “The Obama Doctrine.” It goes like this: You first.

Amazingly, the White House wants to wait on nearly everyone to do almost anything — the United Nations, NATO, “multilateral organizations and bilateral relationships,” in the words of Rhodes. This is a highfalutin way of saying that first we’re gonna have a meeting and then break into committees and then report back here sometime soon . . . the good Lord willin’.

This is very nice — very un-George W. Bush-like, and that is somewhat the point. But Obama has taken prudence to the point of procrastination. The international community can almost never agree on anything. It always looks to U.S. leadership. President Nicolas Sarkozy of France established diplomatic relations with the Libyan rebels, but the world hardly noticed or cared. It’s the United States that matters. We have the bucks. We have the expertise. We have the military. We lead, they follow. This may not be as it ought to be. It is, however, how it is. 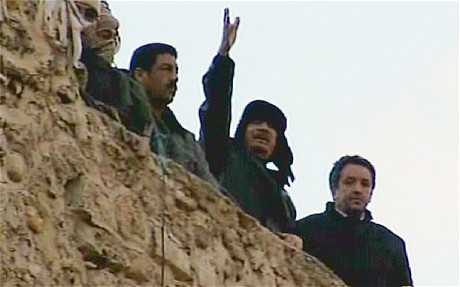 Gaddafi is no mere desert provincial. He underwent military training in Britain and Greece. He undoubtedly has taken the measure of Obama and found him a muddled puddle. Gaddafi himself is just the opposite. He is bold. He was just 27 when he took over his country. He is infused with megalomania. Among his many titles is King of Kings of Africa. He wears many crowns. Shakespeare knew the type. Uneasy lies his head.

It is not too late for NATO to impose a no-fly zone over Libya. (Even the Arab League has called for it.) Such a move would not necessarily amount to a slippery slope. No U.S. troops went to Bosnia until a truce was negotiated. It remains urgent to get Gaddafi’s attention and let him know that the United States will not permit him to slaughter his opponents as Hussein did the Shiites and Kurds — to the everlasting shame of the inert George H.W. Bush.

Obama and Gaddafi are a mismatch. The president is a thinker; Gaddafi is a killer. Unless Obama and the West do something, there’s a bloodbath coming. Just ask the Cohens. Gaddafi killed their daughter. 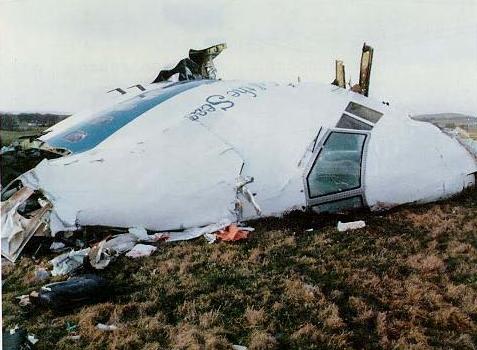